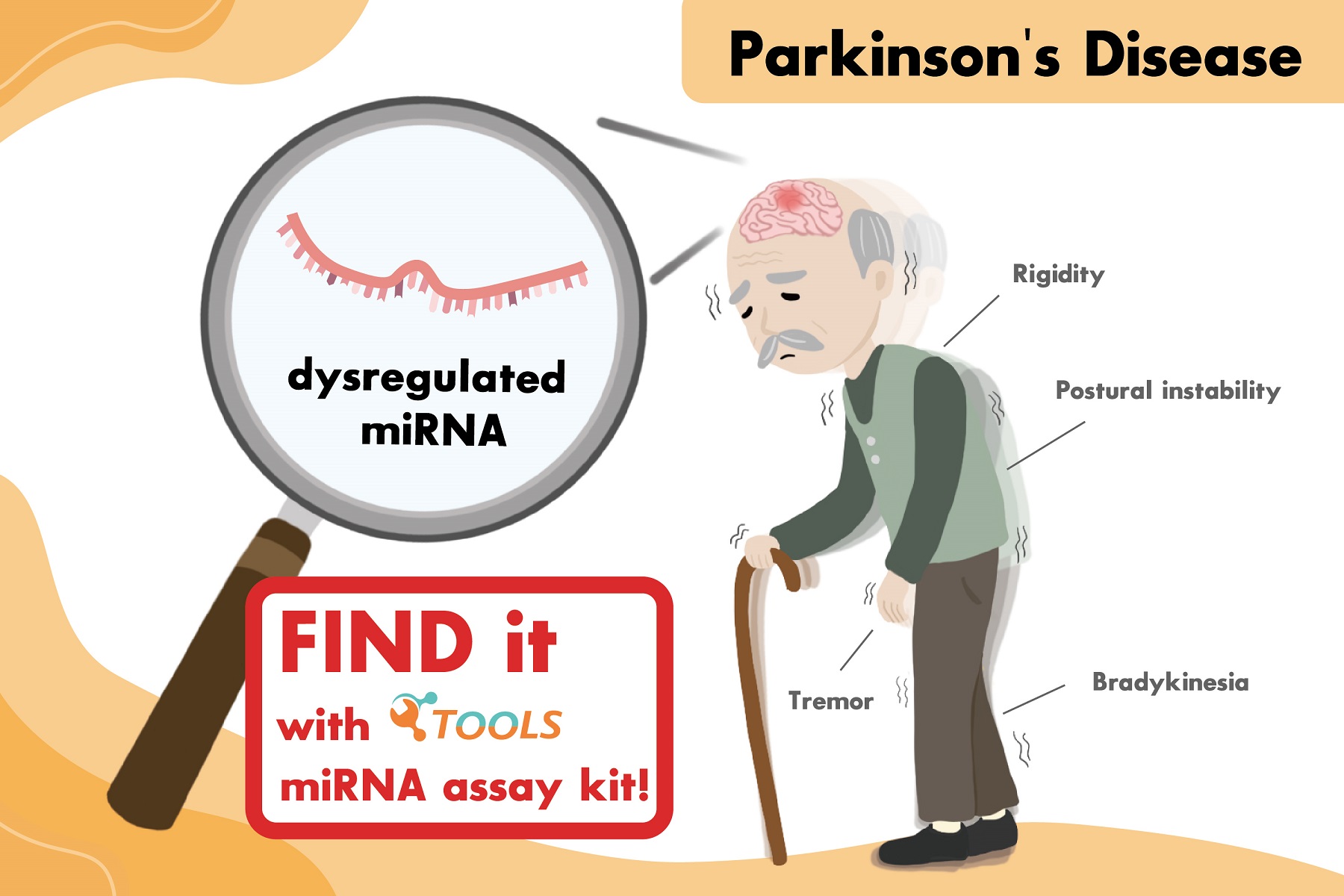 An estimated prevalence of 1% of people above 60 years old suffer from Parkinson’s disease (PD). PD mainly involves a progressive loss of dopaminergic (DA) neurons in the substantia nigra pars compacta (SNc), which resulting in the corresponding decrease in dopamine neurotransmitter signaling and manifest as motor dysfunctions and clinical symptoms such as resting tremor, bradykinesia, rigidity and postural instability. In addition, Lewy bodies which are enriched with the intracellular inclusion of α-synuclein protein (α-syn) in the neurons of PD patients, are suggested to impair pathways such as vesicle trafficking or activating neuroinflammation (Goh et al., 2019).
The diagnosis of PD is still based on the assessment of clinical criteria mentioned above, which leads to an insufficient diagnostic accuracy. No definitive biomarker so far is available allowing the prediction or diagnosis of the disease course or monitoring the response to therapeutic approaches. Over the past decade, with techniques such as RNA sequencing, microarray and microRNA qPCR profiling, screening studies have been conducted to report that miRNAs expression profile is altered not just in brain tissues, and also peripheral body fluid such as cerebral spinal fluid, blood, or even saliva and urine. miRNAs in periphery might be the promising diagnostic candidates for PD, as they are easily accessible by non- or minimally-invasive procedures and changes in their expression are associated with pathophysiological processes relevant for PD (Roser et al., 2019).

miRNA in blood
Blood and its derivatives are the most extensively studied source fluid. Analysis of miRNA levels in whole blood by PCR arrays revealed a set of differentially expressed miRNAs that permitted the discrimination of PD patients and controls (miR-1-3p, miR-22-5p, and miR-29a-3p), as well as differentiating between Levodopa/Carbidopa-treated and untreated PD groups (miR-16-2-3p, miR-26a-2-3p, and miR30a-5p) (Margis et al., 2011). miR-137-3p and miR-124-3p were found significantly regulated in the serum from PD patients (Li et al., 2017). Ravanidis et al. reported the miRNAs profiling in serum were different between idiopathic and genetic PD, but were very similar between the genetic forms of PD. miR-132-3p (P = 0.083) and hsa-miR-433-3p were significantly upregulated, whereas miR-128-3p (P = 0.01), miR-136-3p, miR-154-5p, miR-323a-3p, (P = 0.055), miR-382-5p, miR-409-3p, miR-410-3p, and miR-485-5p, were significantly downregulated in both the GBA and SNCA mutations PD patients. This suggested that both mutations converge on the same master miRNAs that drive the pathophysiological process in PD.

miRNA in saliva
The finding of miRNA in saliva is followed on from the previous work studying the overexpression of haem oxygenase 1 (HO1) in PD. The team led by Hyman Schipper previously found significant elevation of HO1 protein in the saliva of patients with PD so then they further investigated the downstream miRNA of HO1 pathway. They collected saliva from 83 patients with PD and 77 controls with no neurological condition. The samples were analyzed with RT-qPCR to measure levels of miR-153 and miR-223. Salivary levels of both miRNAs were lower in patients with PD than in controls (Cressatti et al. 2019).